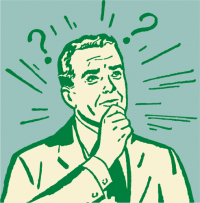 My email was opened by
only 20 % of people to whom I sent it. Is it a lot or little?

Few days ago we crossed the border of 5 million sent emails from our marketing system Quanda. We are also closer to the border of 100 thousands sent emails per day more often. With a growth of total number of Quanda users and the following growth of total number of sent emails, more often we get questions like: “My email has been opened by only 20 % of respondents. Should I be satisfied or is it not much? Why have only 5 % of people clicked on the links in the email, isn´t it little? Why is there always somebody who logs out, how can I avoid this?”

Based on these and other similar questions, I have prepared this article, in which I would like to share with you our long-time experience in this field.

Firstly, let´s have a look at the particular numbers that we follow within the statistics of email campaigns in our system.

Before we start, I would like to explain the term “Blacklisted”. As you have already noticed, in the contacts there is a column “Blacklisted”. The value is “Yes” or “No”. The value “Yes” means that at this address, a problem with an email delivery occurred and it is not possible to deliver an email to this address at this time.

If it is impossible to send an email to this address repeatedly, for example because of full mailbox, it is returned to the blacklist repeatedly and the time determined for remaining there is always longer.

This mechanism is introduced in our system mainly as your protection against blacklisting of your entire domain on one of the servers which maintain these lists. One of the reason, why you may appear on this list is that you are constantly trying to send emails to the addresses which don´t exist or don´t work.  If this activity is repeated, the world of the Internet takes a stand that the sending is robotically processed disregarding the fact that the email delivery is not possible and they start to penalize you as the sender.

They put your domain on the blacklist and then all your emails end as undelivered or at the spam boxes of your receiver.

The method we chose effectively prevents from this status and so you send the emails only to the addresses which do work.

The values in the statistics of email campaigns and their importance

Now let´s explain the values which you can find in the statistics of email campaigns.

A number of sent emails

This figure means the total number of emails contained in an email campaign including the addresses which are marked as blacklist (see above).

A number of delivered emails

This figure means a number of truly delivered emails to your receivers.

A number of undelivered emails

A number of opened emails in total

This number signifies a total number of opened emails. If somebody has opened your message repeatedly, it will be included several times. So, if you send e.g. 100 emails which somebody opened more times than just once, then this number will be bigger than a total number of delivered emails.

A number of opened emails uniquely

A number of unique clicks

This number shows a number of receivers who clicked on one or more links once or more times. It is simply a number of receivers who clicked at least once on any link in your email. In the statistics below, you can see a detailed view and information about the receivers divided depending on which link they clicked. If somebody clicks on all links in your email, he will be on each of the lists next to the particular link.

A number of sharing in Google+

This number means a number of receivers who clicked on the icon to share the content of your email in Google+.

Here you can see a number and a list of receivers who logged out from receiving your email campaigns.

That´s it briefly about the numbers you can see. On the page with the statistics, you can also see a percentage of particular values to a total number of sent emails and the performance of your campaign in relation to particular groups (labels).

How to look at the results and what to expect from email campaigns in terms of numbers?

In order to better demonstrate how everything develops nowadays – a number of opened emails, undelivered emails, clicks, logged out users according to business types, we found for you below mentioned table, in which you can see the values divided for various business types.

The values were taken from 200 000 000 sent emails by one of the largest providers of email services in the world. Look, how your field is doing and compare these values with your statistics.

See what tools for email marketing you can find in Quanda.

I´ll keep my fingers crossed for you, and I wish the great results with your email marketing.

Start for Free
for less than 1 minute